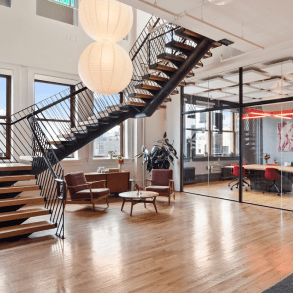 Savanna has parted with a Soho office-retail building, selling the asset for more than $103 million to a Japanese investor that appears to be new to New York City real estate.

Property records show the buyer of 434 Broadway, which sits on the corner of Howard Street, was Tokyo Trust Capital Co., a Tokyo-based investment and asset management firm headed by CEO Minoru Machida and founded in 2016. MC Real Estate Partners partnered with Tokyo Trust on the deal.

Machida did not immediately respond to a message seeking comment. Neither did Savanna.

Tokyo Trust manages four office buildings, according to its website: two in Tokyo, one in San Francisco and another in Washington, D.C. The purchase of 434 Broadway is the firm’s first in the Big Apple.

There’s been a recent spate of sales activity in Soho, such as Jeff Sutton and Joe Sitt’s pending deal to sell 530 Broadway to Michael Shvo and his partners for $400 million. Over the summer, Madison Capital bought 130 Prince Street for $206 million. Siegel and Layne were part of a team that brokered the deal at Eastdil Secured before they left for Newmark.

Foreign investment has dropped in New York, thanks in large part to a pullback in Chinese capital. But other foriegn investors have stepped in. Tokyo Trust’s entrance into the New York market follows the recent acquisition of the Albano Building at 305 East 46th Street in Midtown by another Tokyo-based company, Shimizu Realty Development. That deal also was Shimizu’s first in New York.

Meanwhile, another Tokyo-based investment firm — Unizo Holdings— has withdrawn from the market as it deals with a hostile takeover in Japan. It sold its New York portfolio piecemeal after pouring $1.3 billion into six buildings here. Savanna in May 2019 nabbed one of those assets, 24-28 West 25th Street, for about $107 million.